Overall it was an interesting meet. The organisers were friendly and keen on putting on a good show, which is what they did. The meet was around the little athletics standard meet which meant there were lots of people there watching which is good for the sport. The meet still lacks the polish of a well run professional organisation with no colours, with pieces of paper with your name on it instead, no real organisation as to where to go at the start of the race (No Anton or Brian Hart wishing all the competitors good luck before the race and to go off to your marks) and they were running a bit behind schedule.

The WCAL meetings show promise and it is still young. Hopefully there is some good direction with people who know what a good meet looks like in the form of a Bay Sheffield or a Stawell/ Maryborough. A friend came along for his first time at a professional meet and thought that it needed a fair or a carnival behind it to get other people to come along and some much needed betting. He raised a fantastic point that the standard 30-40 year old dad would put his son on the bouncy-castle and then hear the odds for the next race and meander across to the betting ring and have a flutter on the 550m or 120m and forget about his son on the castle.

This raises an excellent point (maybe because he had a hundred dollar note he was looking to put down on me in the 550m) to getting the ordinary person keen on athletics. VAL do this very well and SAAL could be better as well. Hopefully while still young WCAL can do something like this to make it bigger and better. This is where colours will also come in handy, so people can bet on the red or a frontie in black or pink. He also suggested making the athletes warm up in a set area before the race so the better can have a good look at the field to see who they will put all their bickies on.

I still think that the marks need to be adjusted. The women should be off 5-15m for the 120m and the men should be pulled back a tad as well. The 550m should go off a nice theme of having the backmarker of scratch and then everyone else off marks set to 0m.

I hope to raise all these ideas with WCAL because I think it can work and hopefully a few big mining companies can sponsor the events and get some interstate competitors to travel back in time and make the 5 million mile journey across the west.

All in all a good day out.. however I received a trophy instead of a sash which isn't too handy in the bedroom that night.. Sash sex doesn't quite work with a trophy in hand. 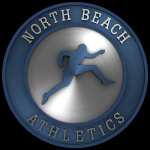 Posts : 30
Points : 59
Join date : 2011-07-23
A fantastic responce from the sponsors, organisers, little athletes and runners. This unique event did exactly what it set out to do.
The interaction between seniors and junior athletes was awesome. Jody, Ben, Mangar and some of the winners, did a really good job of promoting. And they got rewarded for it.
This type of interaction is something not seen at any of the interstate pro meets I have been to over the past 3 decades (possible I havn't been to the right one's?). I definately have not seen this at Bay, Burnie or Stawell... Some of the kids and parents at Rocko asking if they could have this event on every two weeks! (Also, the parents must have appreciated not having to travel hours and hours all over the country side to find a pro meeting in the middle of nowhere).
Unfortunately, our WCAL colours were lost by AWA with the departure of our Secretary and good friend the late Kevan Hook. We will get some more colours in the future, but the sponsors logo with athletes name on the front bib is in line with IAAF meetings. And spectators can tell who's who... Club colours shows kids which clubs are competing (including their own), which is what they should be aspiring to.

WCAL is more interested in doing things their own style and unique way. As we don't have the huge support crew that VAL, SAAL & TAL have (as yet).