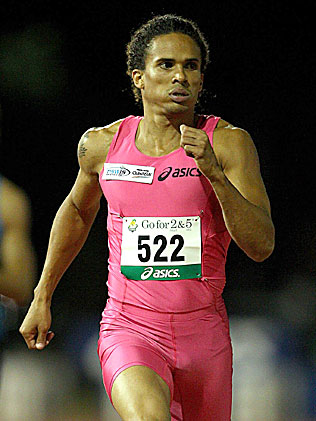 JOHN Steffensen, the enfant terrible of Australian athletics, has been slapped with a world-wide ban from competition for allegedly bringing the sport into disrepute.

The extroverted and sometimes brilliant but often controversial 400m sprinter was ruled ineligible to compete for three months at a hearing by an independent arbitration panel convened by the Victorian Olympic Council.

"He [Steffensen] was summoned to appear before the panel but he never showed, nor did his representative," Athletics Australia's new CEO Dallas O'Brien confirmed to The Daily Telegraph yesterday.

"John was called to account for comments he made at the national championships [last April] and also comments he made leading up to the Commonwealth Games [in October]. We're not out there to crucify the guy but you can't go around sledging or publicly demeaning the sport.

"Hopefully we can put it behind us. As it happens he is eligible to come back to competition in March and hopefully he qualifies for the Australian team to compete at the world championships next year."

Steffensen, who had back surgery three months before the nationals, demanded and received from AA an exemption to miss the titles, but he also insisted on a guarantee of selection, which AA - in fairness to every other 400m runner vying for selection - could not grant to him.

Although this ban is a stain on Steffensen's reputation, it is otherwise meaningless because in recent years he has opted not to race before March in any case.