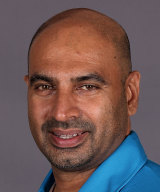 Posts : 3
Points : 7
Join date : 2012-03-13
As the details of J Reed's appeal have been mentioned, just need to clarify that in actual fact his 4 metre pull for breaking net time was not reduced at appeal. However there was another matter which has been outstanding since the start of the season which was successful at appeal.

Its a mathematical fact that he broke net time off the mark he was pulled from. Doesn't matter what he was entitled too before he ran the time. Unless he has got subsequent satisfactory performances that entitle him to a lift the calculation of his mark is indisputable.

Any thoughts on the conga-line of interstaters making the trek to Central Park this year: Clayton, Axfod, Earle, Nitschke, Kitto, Reeves and others?

Posts : 128
Points : 139
Join date : 2011-09-26
Juddys review on the SA boys:
Axford: always around the mark in the big races without coming away with a win. Narrowly missed this final last year. Expect him to final this year.

Nitschke: 5th at ringwood last week suggests he is heading over to stawell with some confidence. Past 800m bay sheffield winner, hard to tell which race he will target but I have a feeling it may be this one or the 550. Look for him to final if not podium

Hage: third last year in this race suggests he could give it a crack, however now a married man and hasn't been spotted in the saal for a while now so can't see him in last years form. May surprise

Ponury: under 20 bay sheffield 800m winner. Can run but first trip over to stawell will find it difficult in this class of runners.

Kitto: rumours have it he is back playing hockey and is just coming for the good times. 2nd at Loxton 1km so may surprise but doubtful.

Jurado: this old boy can run. Is known to swim down the home straight. Bay sheffield over 35 1600 winner this year but too tightly handicapped to do any damage hear

Jones: another former bay sheffield 800m winner ran second in his heat this race last year to Clint Anderson. Hasn't done anything of note in the saal this year but did run 4th at flaggys 550m suggesting he may be improving late.

McMahon: will fight hard but will be targeting the over 35 races

Posts : 201
Points : 306
Join date : 2011-12-21
Last year, Dizzy used the following typography model to make his tips. It involves identifying ‘types’ of runners, the sum of which, typically comprise the final field of the 800m final at Stawell. Thus, the 2014 final will comprise the following:

The Girl
Though this is the characteristic least common, it cannot be discounted. This runner usually starts well off the front and has made many finals throughout the year.
2014: Alice PLATTEN 88m. This was a tough one. Though there were only two women on the start list, Platten and Molicca, but both are of the highest quality and with extraordinary experience in pros. Going with Platten based on her result at National Champs, 2.10, and a 2.07 from early Feb.


The Kid
Ok, so strictly speaking this person is not always young, but they are usually the youngest in the field and have a certain unpredictability of youthfulness about them. It’s almost as if no one told them they’re not supposed to win. At the same time, they usually have the least experience racing pros over this distance and this often works against them.
2014: Jacob REED 60m. Not actually a kid, but the youngest on this list classifies him for this title. A stellar year winning the Albury 400m in classy style and just missing out on the Ballarat 800m in 1.49ish. Went back only 4m for breaking net time, however, after a handicap appeal has regained 2m. Will be all over this. Top 3.

The Amateur
This title is not alluding to inexperience, but rather to a runner who mostly runs amateurs and only occasionally ventures into the pros. This runner has a tendency to put in a cracking heat to make the final, spending all their biscuits, only to crack with such a short turn-around.
2014: No amateurs this year.

The Veteran
Don’t let his man’s age, or the shuffling pace of his warm-up run-throughs fool you. The Veteran knows the game, and has been playing it a lot longer than you have. His mark will often be in the 3 figures, but he’ll know exactly what pace to go, and will have set himself for this race for some time.
2014: Justin RINALDI 38m. The man on this list with the worst Pros record. That matters not, as he also has the quickest PB, is a former national 800m champion and look at that handicap. If he’s 100% fit, he’ll rip this to shreds.
2014: Craig HARRIS 64m. Was trucking along very nicely at Bendigo before tripping at the 100m mark and still only finished a few meters of the pace. Has the added bonus of being able to run his own race and not worry about traffic or running wide.

The Interstaters
Every year we get one or two who step up in their attempt to ‘steal’ this sash from the locals. More often than not, these are pro-runners who benefit from absurd handicapping systems in other states and thus they are more difficult to handicap. Make no mistake, these boys want this one as much as they want their Burnie or Bay Sheffield sashes.
2014: Michael NITSCHKE 42m. 5th at Ringwood last week in 46.36. Enough said.
2014: Tim EARLE 36m. Smashed Maryborough 800m in 1:50 and only came back 4m, thus putting him right in this.
2014: Cameron CLAYTON 32m. Is 8m back from last year but this doesn’t matter. Probably shouldn’t be considered in the interstate category as has moved to Melbourne but still talks with a funny Queensland accent.

The Pros
This group should be familiar to you all. They use sashes as curtains, they care not for prizemoney, and their knowledge of splits, handicaps, fellow competitors, and just about every square-centimetre of the Central Park Oval is unquestionable. This group make finals everywhere but have shrewdly done just enough to ‘hide’ from undue attention and will have worked their marks out to the perfect level.

2014: Robert KEENAN 58m. Yes, this man has red hair, but so does James Deane and it doesn’t seem to worry him. After a disturbed 12-13 season, consistent performances, especially in 550m finals, has this boy right in this one.