Ever since I read a biography of Vince Lombardi, a few years ago, I've taken an interest in the fortunes of the Green Bay Packers. Lombardi was the coach of the Packers in the 1960's, leading them to five championship titles including three in a row and the first two super bowl titles (1966 & 1967).

The trophy for the winner of the super bowl is named in Vince Lombardi's honour; he is a legend in the NFL. A fascinating bloke who didn't get his chance to coach in the NFL until he was 46 but instantly had an impact, turning around the Packers in 1959 to be the super team of the 60's. Sadly he died of cancer in 1970.

The Packers are the third oldest team in the NFL and are based in Green Bay, on the banks of Lake Michigan, a city in Wisconsin.

Green Bay is the smallest city (population of just over 100,000) to host a team in the NFL.

Must be the North Melbourne supporter in me to back a team that on the surface is from a town that shouldn't be able to compete with teams from cities like New York, Chicago, Dallas, San Francisco, Miami, etc.

The most unique and special thing about the Packers is their ownership. The Packers are currently the only non-profit, community-owned professional sports team in the United States. The people of Green Bay are the only people in all of sports who actually own their favorite team.

This team certainly doesn't have an inferiority complex. Despite their small town status, the Packers have remarkably won 12 titles, the most by any team in the NFL. - So much so that Green Bay has been nicknamed 'Title Town'. (See story below)

It entered the NFL play offs as the sixth ranked team in the NFC, having grabbed a wild card spot, after finishing 2nd to the Chicago Bears in the NFC North Divison.

In the first week of the plays offs - 'Wild Card weekend' - the Packers beat the Philadelphia Eagles (where Saverio Rocca is the punter) in Philadelphia.

The top two ranked teams (Atlanta & Chicago) from the NFC get a bye in the first week of the play offs, so after beating the Eagles, the Packers had to go to Atlanta.

Yesterday the Packers smashed the number ranked NFC team, the Atlanta Falcons 48 to 21 in Atlanta. They now face the Chicago Bears in the NFC title game; the winner going to the Super Bowl to play the AFC champions.

Chicago disposed of Seattle Seahawks this morning in the other divisional play off game.

If you think Carlton v Collingwood is big - the rivalry between Chicago & Green Bay is massive and has been for 90 years. It's the biggest rivalry in the NFL. Surprisingly these two teams have never played each other in an NFC play off - until now.

It's on this Sunday, at Soldier Field, the home of the Chicago Bears. Game starts at 3.00pm in Chicago. (8.00am Monday morning, Australian Eastern standrd time.)

Should be a cracker!

There is no other TitleTown USA
Green Bay native John Anderson makes his case for Greeen Bay as the one and only TitleTown USA.

The city of Green Bay, Wis., is fortunate to have two prestigious nicknames attached to it -- TitleTown USA and Toilet Paper Capital of the World.

I'm certain, based on its 12 NFL championships and a nearly equal number of tissue mills lining the Fox River to supply America's bathrooms, that neither claim can be seriously challenged by another municipality. But space on Green Bay's city limit signs allows only so much room for civic pride, and thus football gets first billing.

It also gets a lot of play in the local Yellow Pages, as TitleTown is used in the name of no fewer than 27 businesses.

The business of arguing anything in sports is all about perspective.

Having held season tickets to Packers games since before I was a student at Vincent T. Lombardi Junior High School, my perspective of Green Bay comes from Section 104, Row 51, Seats 35-36 at Lambeau Field.

There is a mystique that goes with all that winning, as well as a windchill: The Ice Bowl; Frozen Tundra; Favre's visible breath as he shouted out signals on a December Sunday afternoon. Winter has done wonders to make Green Bay famous.

And though the sheer volume of snow, world titles, legendary players and coaches (the Super Bowl trophy is named after our coach, for goodness' sakes) in franchise history are enough to ensure Green Bay's rightful place as TitleTown USA, the case is far more complex.

The green and golden age of the Packers under Lombardi serendipitously coincided with the growth of television. A combination that both grew the National Football League into a power and changed the way this country spent its Sundays.

Under the NFL's old blackout rules that prevented showing the home team's home games in its home market, those fans instead usually got to watch the powerhouse team from the little town in northeast Wisconsin. The Packers were gaining fans from across the United States as they pummeled opponent after opponent. TV in the '60s helped reinforce Green Bay as TitleTown, and the perception continues to this day.

Recounting a conversation I've had a thousand times in my life:
Stranger: "Where are you from?"
Anderson: "Green Bay, Wisconsin."
Stranger: "You must be a big Packers fan."
Exactly.

It's why the smallest city to boast a professional sports franchise (pop. 100,353) doesn't suffer from a Napoleon complex or feel the insecure need to make up some sort of pseudo-sovereign state. Listen, Boston, when you have fans all over the nation, there is no need to declare yourself one -- although Red Sox Nation does sound a lot better than Beantown!

As for New York, it chose to cast its nickname lot with the Big Apple and the City that Doesn't Sleep.

Wake up, Gotham, all those baseball pennants are nice, but baseball, still archaically referred to as the national pastime, has become passé. The NFL dwarfs MLB in popularity, and the Packers continue to be one of the league's most popular teams along with it.

Same goes for Chicago and Los Angeles. Where's your allegiance?

Green Bay's has been with the Packers since 1919. To outsiders, we might be a one-horse town of cheese-wedge-wearing simpletons, but we're also simply a one-team town. 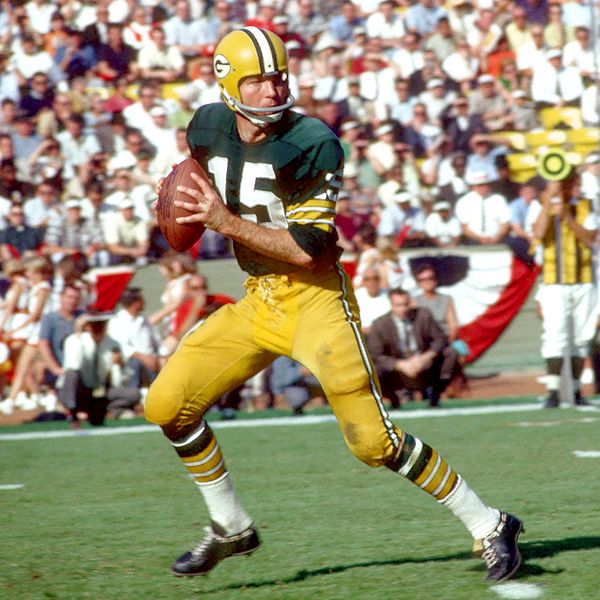 Packers to the Superbowl to play the Pittsburg Steelers. Feb 6. Should be a great game.

Re: GB Packers v Chicago Bears - getting ready to rumble!