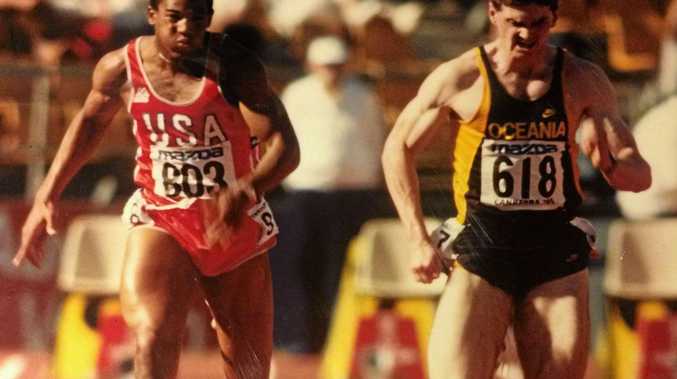 FORMER Australian sprint champion Gerrard Keating has lauded the introduction of the Arthur Postle Gift, predicting it to become a major event on the Australian professional running calendar.

The inaugural Arthur Postle Gift will be the signature event at a gala day-night sprint meeting next Saturday at Club Pittsworth.

"The Crimson Flash” as Postle was affectionately known on the world stage was considered in his prime to be the fastest man on the planet as he went about setting numerous world records in the early 1900s.

Keating is a former national 100-metre record holder and multiple Australian representative before he turned to athletics coaching which included a long stint in Toowoomba.

Keating is a long-time admirer of Postle's world-record feats and has been an advocate for the champion sprinter to be honoured with the running of a major race in his name.

"It's absolutely fantastic to see Arthur honoured in this way and it's about time,” Keating said from Newcastle where is now based as head coach of the Hunter Academy of Sport athletics' program.

"I hope it's a great success, and I'm sure it will be.

"The first one will be the most difficult and the future timing of the event might need a little tweaking to ensure it fits in best on the calendar.

"Arthur has a race named after him at Stawell which is a great accolade.

"It goes to show how highly regarded he is in pro running ranks so it's only fitting he's now recognised in a similar way in what was his home town.

"I love the fact it's run over 75 yards - the pros will appreciate the history of that - and I applaud organisers for running the final at night. That's a terrific decision also.

"Queensland doesn't have a stand-alone gift any more.

"They badly need one, and this could be it.

"The respect surrounding the name Arthur Postle will assure this becomes a marquee event.

"Queensland Athletics will make sure of that.

"Unfortunately I can't be there for the first running of the race, but I wish Pittsworth and the gift organisers all the best.

"It's a great and well-deserved addition to the region.”