PROTRACK » GENERAL » How Melissa Breen was rebuilt from scratch

How Melissa Breen was rebuilt from scratch

How Breen was rebuilt from scratch 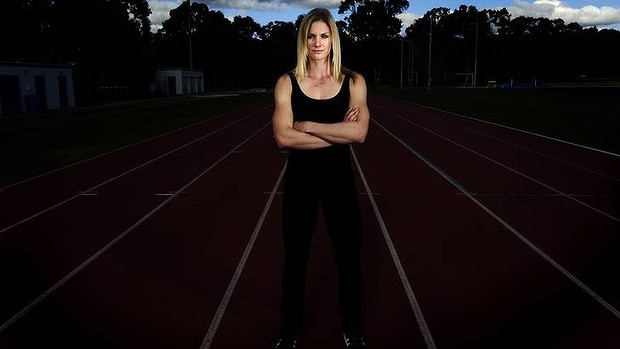 A step which caused heartache and anger in a 100-metre sprint overhaul designed to make Breen one of the fastest women in the world.

It took 18 months and she got slower before she got faster on an emotional rollercoaster.

But all the tears will be forgotten as the Canberra sprinter lines up on the starting blocks in London tonight (Canberra time) with a new and improved style ready for her Olympic dream.

Breen is the first Australian woman to race in the Olympic 100m event since 2000.

It's the marquee event of athletics with millions watching around the world, but Breen isn't feeling the pressure after rebuilding her race from scratch.

''Rebuilding was the hardest thing I could have ever done,'' Breen said.

''I felt like I had forgotten to run, everything was so different … but it needed to feel different. If I want to break 11 seconds and break an Australian record, something needed to change.

''And we literally started with step one, that first step out of the blocks.''

Breen's whirlwind journey will reach its climax when the blue-ribbon event begins.

Athletics Australia granted Breen a discretionary selection for her Olympic debut and now she wants to repay the faith.

The 21-year-old has been running some blistering times in Europe in the lead-up to the Games. But it wasn't that long ago that Breen was in tears after almost every race.

A flop at the Commonwealth Games in Delhi in 2010 prompted Breen and coach Matt Beckenham to have a truth session.

Both agreed it was time for an overhaul. But they didn't know it would turn into the hardest process they've ever done.

But on the eve of her first Olympic appearance, the benefits and improvements are there to see.

''Yeah, there were some times I doubted it,'' Breen said.

''Putting my faith in [Beckenham] got tested because I had to go backwards before I could go forwards.

''I basically had to unlearn everything I've known for my career.''

Breen and Beckenham have analysed every step to make sure she could rise from talented junior to international competitor.

''To recognise that things need to change is one thing, accepting it is another,'' Beckenham said.

''I thought there were limitations to the way she was running … one of the issues was she ran with a lot of tension.

''She's naturally very strong, but she tries to muscle a race rather than foot striking.

''It was a learning curve for me, too. We spent a lot of time walking through drills, watching footage and we started with step one, getting it in the right place because if you don't, it's very hard to recover.''

Beckenham was ''leading the ship, but I didn't have a map''.

''They were hard times and there have been times where I've had to say, 'I don't know','' Beckenham said.

''The key component was being honest, in an ideal world you go to a remote island for two years and come back as a new specimen.

''There were plenty of tears. She was running slow and that was a problem. She didn't handle that well, but we knew it would take time.''

Initially Beckenham asked Breen to give him until 2013 to re-jig her style.

But it all ''clicked'' earlier than expected at the end of last year and Breen started running blistering times in the Australian season.

She ran a scintillating race in Japan earlier this year, but her time was adjusted to 11.292 seconds - 0.002s outside the A-qualifying time.

It left her shattered, but she was granted her wish by Athletics Australia when she was added to the Olympic team.

Since then she has recorded a personal best of 11.27s in Switzerland last month.

''Her cue for the Olympics will just be simple - getting her foot under her body the whole way and it's not going to be much more complex than that. It's about just running, not over-complicating it now. The thing is Mel has a long way to go, and that's exciting.

''The real test is the next couple of years. Can we turn her from an 11.27-second girl into an 11.1 girl and then an 11.0 girl? That will just come down communication and understanding.''

0-10m
It’s the drive phase and we gauge it by her eighth step,
ideally she will be around the 10.5m or 10.6m mark. If
she is right on the 10m line, she’s probably been a bit
too tense out of the blocks. It’s about a good reaction,
pushing off the block and striking her foot back
underneath her.

10-40m
This is where I think Australian sprinters try to do the
next phase with too much tension, we try to muscle it.
What we look for is that Mel hasn’t come up too quickly.
If she looks upright, you know she’s in trouble. She
needs to have a nice drive angle and be driving forward.
There’s a transition at a point from horizontal to vertical
running, it has to be smooth. She will naturally stand
more upright and then the key is simplicity.

40-70m
Mel will get into the ‘‘textbook running’’ position,
stepping over her knee with her leg coming up nice and
high and cycling over her knee. She will reach her top
speed between 50-70m and Mel can hit 10 metres per
second. You want all the leg action to be in front of the
body, not behind it.

70-100m
The more you try to tense up and get to the line, that’s
when you run slower. If she looks like she’s not trying,
she’s up and tall, relaxed through the face, that’s what
you’re looking for and then the 50 steps has finished.

PROTRACK » GENERAL » How Melissa Breen was rebuilt from scratch