STAWELL - Work is well underway on the redevelopment of the new athletic track at Stawell's North Park.

Northern Grampians Shire Council is replacing the surface of the track after it was extensively damaged by flood in December 2011.

User groups were consulted on the plans, design and work schedule in February.

"Mr Jones is the leading expert in athletic tracks and will ensure the design and surfacing is compliant with Australian standards," he said

"As this is an extremely specialised job, Council has awarded the contract to WM Loud of Melbourne.

"The company is responsible for the surfaces at the Australian Open and is currently working on a track in Tasmania."

Once the track is complete, Stawell will boast the best athletic facility in Western Victoria.

"This will be a huge advantage to our athletes, young and old, as well as local schools and recreational users such as walkers and joggers," Cr Emerson said.

"The project will allow North Park to host state, and even national level, competition.

"That's something the people who built the original facility all those years ago would be proud of."

The construction site will be fenced between August and October to protect community safety and ensure the surface of the track can be laid without accidental interference.

Regular users, including the Amateur Athletics Club and Little Athletics, have been advised that the track will be unavailable during this time.

Director Marketing and Community Jim Nolan said Northern Grampians Shire Council apologised to all users for any inconvenience the closure may cause.

"The track is expected to be available again between early October and December 16 when it will consist of only the asphalt base and some temporary lines," he said.

"It will then be closed off from December 16 until completion at the end of January."

Mr Nolan said the final stage of the project required a period of good weather to ensure a high quality finish.

"During this time, the synthetic rubber surface will be laid and line marking will be undertaken," he said.

"It is critical that people are kept off the track until the surface is set, as any contact could damage the finish.

"Once all the work has been completed, the community of Stawell will have a top-class sporting facility to enjoy and be proud of."

STAWELL - Work on the new running track at Stawell's North Park is progressing to schedule.

Northern Grampians Shire Council is replacing the surface of the track after it was extensively damaged by flood in December 2011.

Cr Murray Emerson said council is aiming to have the track open for athletics, schools and community use from the second week of October this year.

Cr Emerson said the track would then be closed again throughout January 2014 to allow the synthetic surface to be laid and line marked.

"The weather delayed the start of the project by a couple of weeks, however it has been very kind since," he said.

"We are on target to have the track open in mid-October so it can be used by the community.

"We will then close it during January to complete the remaining work."

Contractor WM Loud has been using Stawell company Warren Earthworks for the majority of form work to date.

Cr Emerson said the new track would have a different layout to ensure it is resilient to future flood damage.

"Work to date has been on installing new concrete track edging to allow for the raised track, relocating the irrigation system, modifying the drainage, and reforming the long jump and high jump areas," he said. 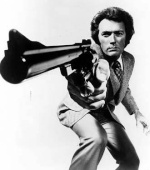 All that needs to be done now is to build one at Horsham and then the next step is over the border....lol

Posts : 1490
Points : 2600
Join date : 2010-07-19
Location : Adelaide
I've heard from a very reliable source that the next synthetic track to be constructed in South Australia will be at Salisbury.

We're looking at about 2 years down the track.

it is very frustrating that the only track is at Mile End. The athletic population has remained constant for about 15 years because it lacks the infrastructure.The sport cannot grow without decent venues to attract participants.

Hopefully over the next decade, we can see another two venues be developed.

STAWELL - Stawell is now just months away from having one of the best athletic facilities in western Victoria.

Stage one of the North Park athletic track is now complete after inclement weather put the project a month behind schedule.

Northern Grampians Shire Councillor Murray Emerson said the track and oval had been reopened for community and athletic use for the past six weeks.

He said it would then be closed at the end of January to allow the final synthetic surface and lane marking to be installed.

"For a while there it was difficult to get a consistent run of dry warm weather to lay the asphalt, but the track is looking great and we are pleased to be able to open it to the public," he said.

"We have appreciated everyone's patience throughout the first stage of the project and apologise for any inconvenience it has caused.

"Very soon, the community will have a top-notch sporting facility they can be really proud of."

Director Marketing and Community Jim Nolan said there were currently a limited number of access points to the track.

"Most of the perimeter fence will be left up until stage two works are completed," he said.

"While it's open, it is critical that the community uses the surface responsibly to ensure we get the best possible end result."

No vehicles are to cross or be used on the track, including motor vehicles, skateboards, roller blades/skates and scooters.

No spikes or sharp implements on the new asphalt surface.

No paints, solvents, or temporary marking agents used on the track.

No pet animal waste is deposited or left on the surface.

Originally planned for this Sunday, October 19, the official opening of the North Park athletics track has been postponed until Thursday, December 18.

The official opening of the North Park athletics track has been postponed until December.

Originally planned for this Sunday, October 19, the event will now be held on Thursday, December 18.

Northern Grampians Shire Council's Flood Recovery Manager, Greg Little, said the decision had been made to allow as many people as possible to attend.

"We found that there are a few other things being held on that weekend that were going to make it difficult for a lot of people to get to the event," he said

"We want to give the facility the big opening it deserves and that means making it convenient for as many people as possible. We hope to see everyone there on 18 December."

The North Park athletics track has been fully replaced following the flood events of December 2011. It is now one of the best athletic facilities in Western Victoria.

Mr Little said that despite the impressive upgrade to the track thanks to the State and Commonwealth government disaster recovery funds, North Park is very much a community facility.

"It's unique that a state of the art athletics facility is available to the community for everyday use. This is a huge asset in our community and we want to make sure they make the most of it."

The official opening in December will include free barbecue, entertainment and special guests, including a visit by Santa Claus.

There will be celebrity races and athletics events, along with a jumping castle for the children.

A history of the track will be on display and a new plaque to commemorate the opening will be revealed.

Northern Grampians Shire Councillor Murray Emerson said a stakeholder planning committee had been working on an exciting range of events to commemorate the official opening in December.

"This is such an exciting occasion for Stawell as an athletic community and we're really looking forward to celebrating it with the entire community," he said.

"Council is very proud of the finished product and happy to say that the restored track is now one of the best in the state. We want everyone to get down, have a look and even have a run on the track.

For more information, contact Meg Newton on 5358 8732 or meg.newton@ngshire.vic.gov.au

Re: New synthetic track being built at Stawell's North Park