PROTRACK » GENERAL » Sally to face the test in Stockholm

Sally to face the test in Stockholm 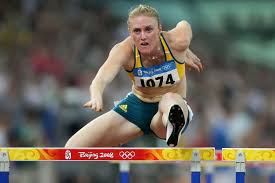 Olympic silver medallist Sally Pearson will take another major step in her return from injury when she tackles five of the six fastest 100m hurdlers in the world this year at the Diamond League meet in Stockholm on Friday (Saturday morning AEST).

After suffering a back injury in the buildup to last year's world championships, Pearson raced only sparingly in the first six months of 2010.

The Australian announced her return to the big stage with a solid third-place at last month's Diamond League meet in Monaco in 12.76 seconds - her fastest time of the year.

The Canadian duo went 1-2 at last weekend's national championships in Toronto, although both intend to skip the October 3-14 Commonwealth Games in New Delhi, where Pearson will be among the gold medal favourites.

Craig Mottram, the 2005 world championships bronze medallist, will not contest the 5000m in Stockholm despite earning an invitation into the elite-level event.

Mottram is still feeling his way back into the sport after a long layoff with a serious Achilles injury and has decided he would be better served by running at a lower-profile meet.

"Craig ran a nice 3K race in Watford the other night, but not at the level where you'd have to be to jump right in at Stockholm," said Mottram's coach Chris Wardlaw.

"We're looking at another race in the next week or so, it could even be this weekend at 5K.

"He's fit and well, but he's had a long time out so we're not rushing anything."

Collis Birmingham will fly the Australian flag in the 5000m in the Swedish capital against the likes of Diamond League race leader Imane Merga of Ethiopia and Qatar's James Kwalia C'Kurui.

The other Australians in action in Stockholm are Jarrod Bannister in the javelin, Youcef Abdi in the 3000m steeplechase and Ben Offereins in the men's 400m.

The javelin is traditionally considered one of the blue-riband events in Scandinavia, with Bannister's toughest competition likely to come from Finland's Tero Pitkamaki and Norwegian Andreas Thorkildsen, the two most recent world champions.

The biggest event of the night will be the men's 100m, where world record holder Usain Bolt will take on American arch-rival Tyson Gay.

But some of the gloss was taken from the race when Jamaica's other sprint superstar Asafa Powell was forced to withdraw with a groin injury.

"I am absolutely devastated," Powell said.

"I was really looking forward to the race against Usain and Tyson.

"This year I have been running very well and I was hoping that I would be in the race with a solid chance to win, but with the way my back and legs have been feeling I know it would be difficult to even finish the race."
_________________
"Let's Go While We're Young"

PROTRACK » GENERAL » Sally to face the test in Stockholm