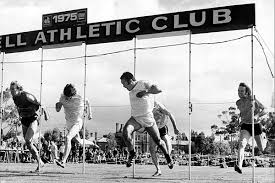 Sadly the first man to win the Stawell Gift from scratch - Jean Louis Ravelomanantsoa passed away in Lyon, France on Tuesday 27th September.

Born 30th March 1943, in Antananarivo, Madagascar, Ravelo (as he was affectionately known) was a three time Olympian, his country's greatest ever sprinter and to this day still holds the Malagasy national 100m record of 10.18sec.

At the 1968 Olympic Games in Mexico City, Ravelo made the 100m semi finals where he recorded his career best time of 10.18sec.

Standing only 165cm he was a brilliant starter, equalling the world 60 yards world record of 5.9sec in 1971.

In 1972 he ran 10.0sec (hand held) for the 100m and was at one stage, rated the second fastest man in the world behind the Soviet Union’s Olympic Gold medallist Valeriy Borzov.

Living and studying in the USA in the mid 70’s, Ravelo was invited to the 1975 Stawell Gift carnival to compete in the Carlton & United Breweries World Sprint title as well as the Gift where he became the 34th athlete in Stawell’s history to be allocated the mark of scratch.

Ravelo only arrived in Australia on the Wednesday before the Gift. As no previous scratchman had ever made it to a Gift final, odds of 100/1 were offered on Ravelo.

In the 24th heat, Warren Edmonson won his heat in 12.1sec. Edmonson was off 0.50m and Ravelo was of the view he could not concede half a metre to Edmonson.

On the Monday morning, Ravelo stormed out of the Ararat motel where he was staying with Warren Edmonson and John Toleman (manager) and went for a walk. He wasn't happy, believing Toleman was favouring Edmonson.

Toleman found him walking along the side of the road and persuaded Ravelo to get into the car.

Despite the heavy rain over the weekend that had affected the track, Ravelo brilliantly won the second semi-final (12.0s) beating, among others current VAL coach John Henry.

When Warren Edmonson was run out by Murray McGregor in the fourth semi-final in 12.2, Ravelo’s attitude changed. With Edmonson out of the final, Ravelo was very confident he could now win the final.

With the fastest time of the five semis, Ravelo became the new Gift favourite at 2/5.

In the greatest run ever in a Stawell Gift final, Ravelo stormed through the middle  on a rain soaked track running 12.0s for the third time to win by about 30cm from Peter Marks and Murray McGregor.

He never competed again at Stawell. Ravelo made his first trip back to Stawell in 25 years when  in 2000 he attended a “Hall of Fame’ dinner at the Rod Laver Arena.

Ravelo earned an MBA from the United States International University in San Diego. After receiving his graduate degree, Ravelo moved to Kenya before relocating to Abidjan, Cote d’Ivoire. Ravelo remained in Abidjan working as a health care facility loan officer for the African Development Bank until his retirement. He then returned to his native Madagascar.

Ravelo, passed away after a battle with prostate cancer. He is survived by his wife Ingrid, two daughters, Fabienne and Fluer, and five grandchildren.

Thanks to Gary Watt and his Stawell Gift Almanac, which is where I was able to glean the information to compile most of this article.

Posts : 19
Points : 32
Join date : 2012-04-04
was so fortunate to be there in person to watch him win off scratch & would have to say unequivocally that it is the best performance I have ever witnessed at Stawell.
thanks for the memory - rip you star

Posts : 4497
Points : 10453
Join date : 2010-07-17
Location : Adelaide
The 1975 Stawell Gift was the first I can recall watching on TV. Ravelomanantsoa's win from scratch is definitely a memory I'll never forget. Many years ago I remember talking to Bob Woodbridge who was the VAL handicapper in the 1970's.

I remember Bob saying in the space of 12 months on two consecutive Easter Saturdays he had two polar opposite emotions.

In 1975 he thought he had just about the perfect result (for a handicapper) with four athletes recording the equal fastest time of 12.0sec, one of them the athlete off scratch - Ravelo. Another eleven heat winners ran either 12.1 or 12.2. That's fifteen of the twenty-five heat winners running between 12.0 and 12.2. Of course on Easter Monday it turned out to be one of the greatest Gifts in history. Bob was entitled to ask for a raise in his handicapper's remuneration from the VAL!

Twelve months later, following the heats of the 1976 Gift, and Bob said he felt like the loneliest person on the planet. He had just seen an athlete blow the race out of the water with the biggest ever margin between the fastest and 'the rest' when Neil King won heat four by 12 metres in 11.7sec. Bob said he nervously sat through the next 21 heats desperately hoping someone would get near King's time. But the next fastest was 12.2. Bob said he was devastated, thinking he'd made a mess of it.

Of course come Easter Monday 1976 and in the biggest upset in Stawell history, King was run down by Allan Pollack.

Bob said he felt a huge sense of relief when the race turned out to be a classic. He wouldn't have mind if Neil King had won, just so long it was a contest. Which it was. 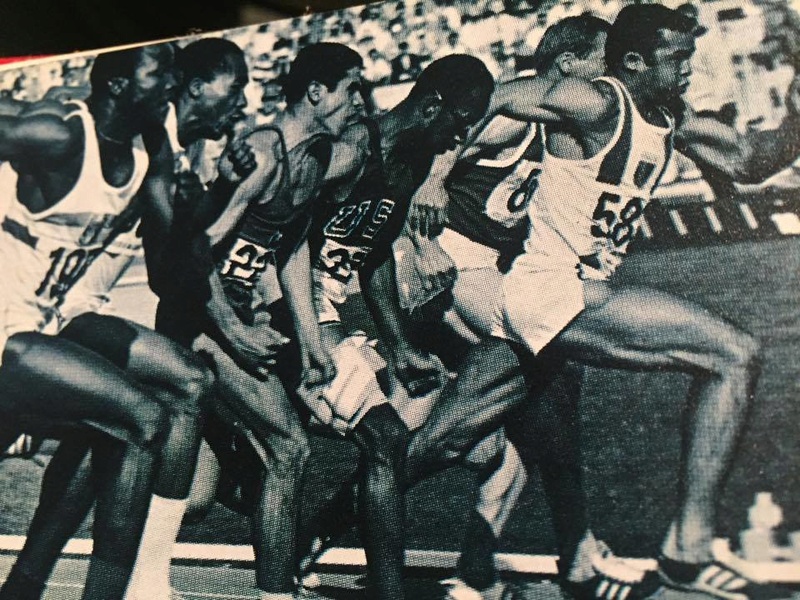 Re: RIP - Jean Louis Ravelomantansoa, the first man to win Stawell from scratch